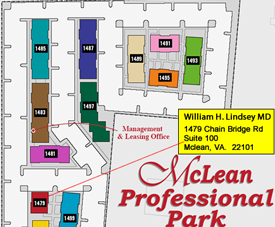 The first and most popular is called STRIP technique or Follicular Unit Transplantation (FUT). In this procedure the back of the head, known as the “donor area” is numbed with local anesthetic and a thin strip of skin containing hair roots is painlessly removed by Dr. Lindsey and sutured closed. The hair roots within the sliver are then dissected under high power microscopes into “follicular units”, also known plainly as “grafts”.

While the dissection process is being performed, Dr. Lindsey will numb the bald areas and make very tiny incision using custom made instruments. These incision rarely exceed 1 millimeter in length and are similar in size to a comma in newsprint. Dr. Lindsey creates the smallest slits possible and packs them as close together as nature will permit to allow for the highest density and most natural (and pleasing) result.

After the tiny incisions are made, the grafts are then placed into the slits according to Dr. Lindsey’s plan. At the end of the day most patients look like they just had a “buzz cut” in the areas that were bald . The area also looks as if it had a rash which disappears after 3 days.

After 10 days the sutures are removed by Dr. Lindsey and the patient does not need to visit the office anymore. The implanted hair will grow for about 2 weeks and then fall out as the hair roots go into a “sleeping” phase to allow themselves to heal into the once bald areas of scalp. Then, in about 3 months, the hairs will begin to sprout out and grow. These hairs will continue growing and thickening until they get to their final maturity level by 14 months.

Generally, most patients see a cosmetically significant benefit by the end of their 6th month. By the end of one year the patient is encouraged to visit the clinic for follow up photos.

The second accepted method of performing hair transplantation is through the use of Follicular Unit Extraction, or FUE.

This procedure does not involve the removal of a strip of skin from the back of the head, but rather each individual follicular unit is removed individually using a patented custom made punch-like instrument. In Dr. Lindsey’s office this instrument will never exceed .9mm in diameter.

Unlike what is claimed in hype around the internet, FUE does in fact leave scars. In fact, FUE leave far more scarring than strip procedures do. However, this scarring is so uniformly distributed around the donor area (back and sides of the head) that FUE APPEARS to leave less scar than the strip method even when the hair is closely cut.

Because FUE technique causes more trauma to the graft, the yields from FUE techniques tend to be lower than that for strip. For this reason, FUE should not be used in procedures exceeding 1,000 to 1,500 grafts in a procedure in selected patients, and probably shouldn’t even be used in cases much above 600 grafts per procedure at all.

Because of the difficulty level and amount of time to remove intact grafts via FUE this procedure is on the order of three times more expensive than it’s strip counterpart and should only be used in select patients with minimal hair loss.

Contact Lindsey Medical to make an appointment for your free consultation to see if which procedure you are best suited for.